Of monuments and men: Searching for the "Duke" 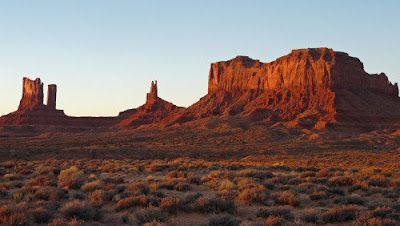 When it comes to iconic American landscapes, in my opinion Monument Valley beats the Grand Canyon hands down. Located on the border between southern Utah and northern Arizona, the towering flame-red rocks have served as the backdrop for more than 50 Hollywood films, including Easy Rider and Back to the Future III, not to mention dozens of video film clips and television advertisements. Though it is perhaps most famous as the techniclor cinematic setting for director John Ford's classic American westerns such as Stage Coach and The Searchers starring the "Duke", John Wayne. It would be an understatement to say that my father - the greatest John Wayne fan ever - was more than a little impressed. But then again, so was I. Here are just a sample of the more than 200 odd photographs I took. 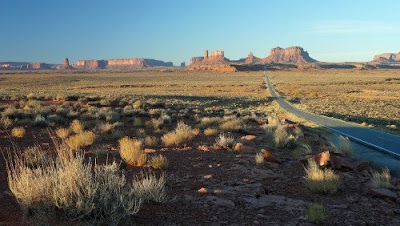 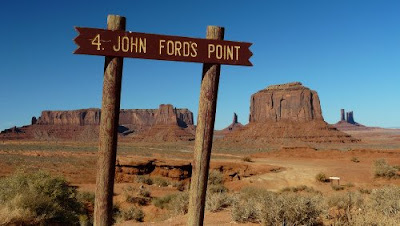 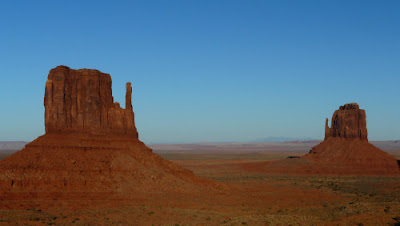 Wow. How lucky you are to be able to travel to MV. I first saw it in Bryan Adams "Here I am" video :) BTW I have been following our blog for couple of weeks now. Great tips. I enjoy what you write here.

There is nothing like cruising down an empty two lane highway with that back drop. Gorgeous!

Hi guys. Thanks so much for your feedback. I have to admit though, I think it is pretty hard to take a bad photograph with a backdrop like that!