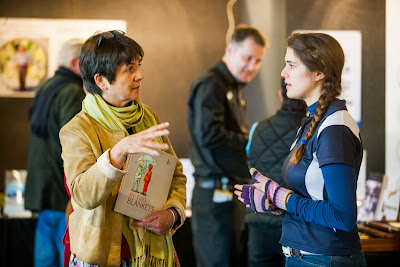 Aspiring writers of all ages were out en masse on the weekend, soaking up the words and wisdom at Toowoomba’s first-ever writers’ festival hosted by the University of Southern Queensland.

USQ Bookcase Organiser, USQ Alumni & Advancement Manager, Tiffany Hardy said she was overwhelmed by the response from the community.

“When we first came up with the idea for this event, I said I would have been happy to have 100 participants take part. But to have some 400 people come to the University and leave inspired by what they’d seen and heard has been phenomenal,” she said.

“Our alumni writers who ran the free workshops and panels and hosted stalls have been extremely generous, with many travelling from Brisbane, the Sunshine Coast and even Sydney to take part in the festival.”

“I am immensely grateful to them, the participants and my brilliant team of staff and volunteers for making this year the huge success that it has been.”

The day’s highlights included workshops, forums and readings, with many sessions filled to capacity. The most popular being the workshop on Digital Publishing with standing room only available.

The inaugural event was widely praised as it offered authors, writers and attendees opportunities to meet up, network, debate literary ideas and buy books.

“Congratulations to the organisers of USQ Bookcase. I only attended specific workshops relevant to my area of interest, but was delighted at the variety of workshops on offer and all FREE. Thank you for supporting budding writers in this way,” Michelle Herbert said via Facebook.

Terese Eglington added “Thanks for a great day. It was a worthwhile and informative event with interesting guest speakers. [It was] the kind of event that makes you realise you're not in the soup of uncertainty alone.”

Unlock your creativity with USQ Bookcase

To be held on Saturday 19 July at the University’s Toowoomba campus, the inaugural event will feature a jam-packed program workshops, book signings, readings, stalls and panel discussions – all free and open to the public.

Not only am I helping organise the event, I’ll also be taking part in a panel discussion on travel writing – See the World; Sell the Story. I’ll be joined by leading food, wine, travel and online expert Christine Salins and award-winning Toowoomba travel photographer and writer Cathy Finch. So if you have ever dreamed of being a travel writer, come feed your wanderlust with us as we discuss our writing careers and what makes good travel writing.
Posted by Kim Wildman at 10:33 AM No comments: 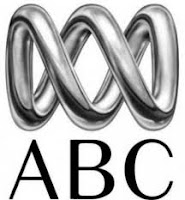 The last couple of months have seen some big changes for me – least of all a major change of address (more on that in my next post), but also a move off the page and onto the airways. Since early February I've been a regular contributor to ABC Radio North Coast's Thursday travel segment, Planes, Passports and Postcards. At around 10am (EST in Australia) on every other Thursday you'll hear me chatting with Joanne Shoebridge about various travel related topics from what to do when things go wrong to giving you the lowdown on some of my favourite travel destinations. Stay tunned for the next segment on Thursday 19 April.
Posted by Kim Wildman at 4:10 PM 1 comment: 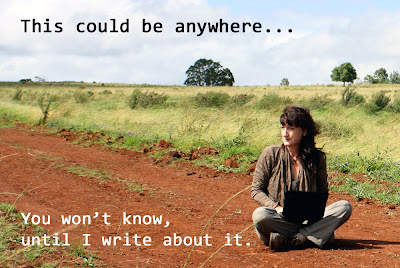 I'm holding a new Travel Writing Workshop for the Northern Rivers Writers' Centre this March. On this one day workshop you'll learn how to give yourself the best possible chance to earn an income from your adventures.

Travel writing is about engaging the reader and making the travel experience as real and exciting as possible. It's also about selling your work to publishers. This workshop will introduce participants to the requirements of this style of writing, from choosing destinations, to writing the article, to selling your work. Travel photography will also be discussed.

Only a few places are still available, so don't miss out. Contact the NRWC for details.

Feedback from my previous workshops include:

"Kim has a lovely presence & communicates exceptionally well - I like the ways she structured the workshop to lead us step by step through the process from thinking about the idea to how to get it published, as well as challenging us to actually write during the workshop. Her feedback on our efforts was very generous, positive and helpful." Virginia Clarke, Byron Bay

"Kim, I would recommend your workshops to any aspiring writers. Your experience and the friendly atmosphere made the weekend a very engaging learning experience." Sue Evans, Northern Rivers

"Kim Wildman lead a clear and inclusive travel writing workshop which not only focused on the skills of writing and storytelling but the business of travel writing and having your work published. A fun and valuable course by an experienced travel writer." Holly Galbraith, Go Future Media

"Inspirational and dynamic presenter. Engaging real life experiences of her travels and success in travel writing."

"A shame the workshop is over – onto the hard work now!"
Posted by Kim Wildman at 1:26 PM No comments: 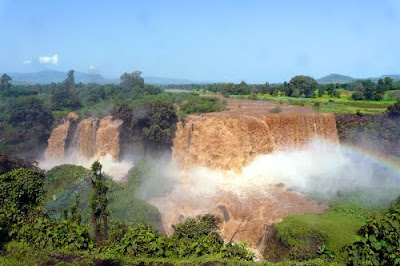 Where in the world is Kim, I hear you ask? Yes, sadly my blog has been dormant for the last couple of months. The main reason being that I have been very busy travelling around Ethiopia updating the Bradt Travel Guide to the country. While I do plan to make some big changes with this site for the coming year, in the meantime if you want to catch-up with my Ethiopian explorations you can view more of my photographs from my trip on my Wild Writing fanpage. The above s a picture of the Blue Nile Falls.
Posted by Kim Wildman at 2:30 AM No comments: 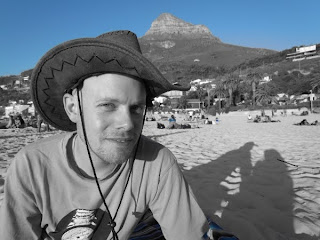 I'm happy to announce the first guest speaker for the upcoming Postcards from Cape Town Travel Writing Retreat - James Bainbridge. Since his first Lonely Planet gig in 2005 - updating the Togo & Benin chapters of West Africa – James has contributed to 20-plus guidebooks and coffee table books ranging from India to Ireland. He's the senior author of LP's guides to South Africa, Turkey and Morocco. James has also written for a range of publications, including Time Out South Africa and Mango's inflight magazine, and last year presented the TV series Lonely Planet's Best in China. Originally from the UK, he's been based in Cape Town for a year. James is aptly leading our session on 'Seeking Eden on a Lonely Planet: The ins and outs of guidebook authoring'. You can find out more about him here. 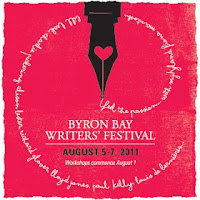 It's that time of year again when Australia's writing community converges on Byron Bay for the annual Byron Bay Writers Festival. There are only three sleeps left until it kicks off this Friday, 5 August. This year I'm thrilled to say I am making the transition from festival goer to festival panellist. I'll be offering my insights on the topic 'Why travel broadens the mind – and creativity' along with Adrienne Ferreira & Julietta Jameson, author of Me, Myself & Lord Byron. Our panel - chaired by Michael Pelusey- is on Friday, 5 August from 4pm-5pm in the Red Tent. Hope to see you all there!
Posted by Kim Wildman at 3:18 PM No comments: