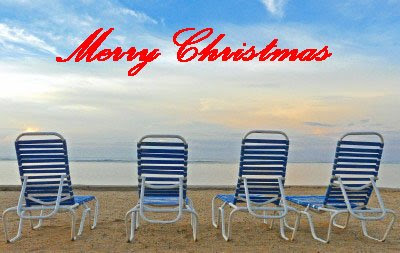 Hi Everyone. No matter where you are in the world this Christmas, I wish you all the very best. And here's hoping that the New Year brings us all much happiness, adventure and of course lots of travel!
Posted by Kim Wildman at 6:28 AM No comments: 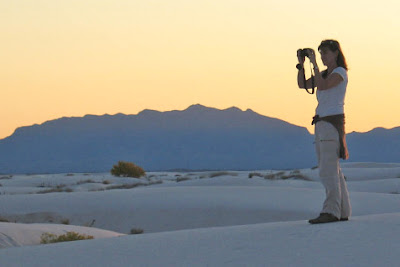 Calling all aspiring travel writers! WorldNomads.com is offering the opportunity for you to launch your career with their 2009 Travel Writing Scholarship. The recipient of the scholarship will go on assignment to Kerala, India, with professional travel writer and photographer David Stott, spending 10 days on tour with The Blue Yonder exploring the River Nila civilization and 10 days writing and reviewing for the upcoming Frootprint India Handbook.

The scholarship is open to all non professional travel writers 18 years and over who are available for travel between 16 February and 7 March, 2009. It also includes the submission of a 500 word travel focused essay based on a personal experience of one of the following themes: A Journey that Changed Lives, Responsible Travel, or, Adventure in an Unknown Culture. But you better get in quick as applications close on 9 January, 2009. See WorldNomads.com for more details.

Be warned though, working as a guidebook is a tough gig. If you're in doubt, read what my friend Dan had to say about accompanying me while I was updating the Bradt Travel Guide to Tanzania earlier this year here.
Posted by Kim Wildman at 7:57 AM 4 comments:

Getting my kicks, on Route 66

Without a doubt, the most famous highway in the US – if not the world – is Route 66. No other stretch of asphalt has been eulogised so frequently and fervently by movies, songs, books and television shows. In fact, Route 66 has been mentioned in so many songs it has earned the nicknamed the 'Rock 'n Roll Highway'. Almost 4000km long, America's 'Mother Road' starts in Chicago in Illinois crossing the country through Missouri, Kansas, Oklahoma, Texas, New Mexico and Arizona before ending at the beaches of Santa Monica in Los Angeles, California. Fortunately, part of my epic roadtrip across the US took in part of this legendary road. So I thought I'd share some of the pictures I took along the way.
Posted by Kim Wildman at 6:07 PM 2 comments: 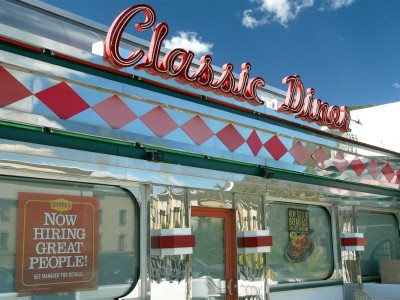 Anyone who has read my blog regularly will know I hold a somewhat bizarre fascination with offbeat attractions. But, when it comes to the weird, wacky, and wonderful, no one does it better than the U.S. From giant dinosaurs and whole miniature towns to the world's largest ball of twine, America's two-lane highways and winding back roads are dotted with all kinds of oddities. Call them tacky or call them kitsch, but without these weird and wondrous sights to break the monotony of the long "are we there yet?" roadtrip, in my opinion, getting there wouldn't be half the fun it is.

One of the quintessential icons of roadside America is the classic diner. In the mid-twentieth century as cars began to be mass-produced, so too were these fabulous aluminium gems, whose metal bodies and neon signs quickly became a symbol of modernity. Fortunately, as I discovered, the diner of popular imagination can still be found – even in the form of a thoroughly retro Denny's Diner (pictured above). These catching eateries are the place to stop when you're craving a cholesterol-laden hearty American breakfast. Not only are they cheap places to refuel, but decked out in over-the-top retro style with everything from vintage gas pumps to classic Coca Cola paraphernalia they are loads of fun. 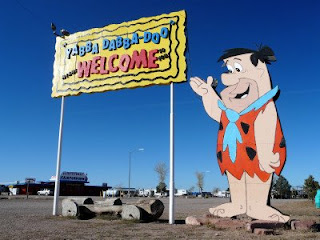 Then when it's time to rest your head, you needn't confine yourself to a boring hotel bed. Lining the roads around countryside America is a plethora of weird and wonderful motels. A throw back to glory days of 1950s when taking a drive was still in style, these cool motels use gimmicky architecture to lure customers. For the ultimate in kitsch you can even try bedding down Fred Flintstone-style in Bedrock City Campground on the Grand Canyon Highway in Arizona. Sadly, I didn't get to personally try this out, but this slice of Americana is worth sleeping in just for bragging rights alone. As Fred would say "Yabba Dabba Doo!"
Posted by Kim Wildman at 10:07 PM 5 comments: