The what NOT to do travel guide 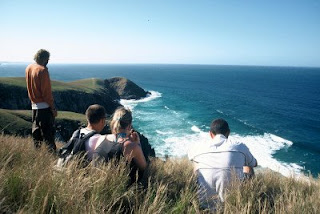 When it comes to travelling everyone has a list of 'must dos' such as learning a new language, experiencing the culture or perhaps even going bungy jumping. But there's another travel list you should pay heed to – the 'what NOT to do' list. I recently compiled my top 10 list of travel dont's for a new article for MSN NZ and thought I'd share them here:

1. Use or carry drugs
Unless you fancy spending your holiday taking in the view from a jail cell, whatever you do, don't use or carry drugs. In some countries drug possession carries severe penalties. Indonesia in particular has some of the toughest laws and currently has around 20 foreigners including three Australians sitting on death row for drug offences. It's simply not worth the risk.

2. Carry someone's bag
Never ever offer to carry someone else's bags or belongings in or out of a country for them. Just ask French national Michael Loic Blanc; he's now serving life in prison for smuggling 3.8 kilos of hashish through Ngurah Rai Airport in Denpasar, found in a bag of diving gear he claims he was carrying for an acquaintance he met in Bali. Unfortunately for Michael, his 'friend' disappeared once the discovery was made.

3. Take photographs of official buildings
In many countries it's against the law to take pictures of anything that might be considered of strategic importance such as military installations, airports, bridges and government buildings. Be aware of what's acceptable and what's not at your destination. If unsure, it’s best to err on the side of caution rather than risk being arrested.

4. Outstay your welcome
Never stay longer in your destination than your visa permits. The penalty for doing so can range from a hefty fine to actually being detained. Bear in mind your embassy will not be able to help you in this kind of situation, so leave when you're supposed to.

5. Bribe officials
Admittedly this is a phenomenon that does exist in some form or another in every country. The problem however is that bribing the wrong person – even if they make the first move – could land you in serious trouble. Don't risk it.

6. Assume immunity
When you're in another country you're a guest and you must abide by their laws. Don't assume you'll receive special treatment because you're a foreigner and remember consular assistance cannot override local laws. Take Michael Fay, the 18-year-old American who ran afoul of the law in Singapore for graffiti; he was jailed, fined, and given four lashes of the cane for his crime.

7. Leave your bags unattended
Never leave your luggage unattended. All it takes is a few seconds for a thief to swipe your bag or rid you of your valuables. It’s also not unheard of for drugs or other contraband to magically appear in your bags, so make sure they’re locked and secured against tampering.

8. Flaunt your wealth
While you might be scraping by on a shoestring budget, as a western traveller you're still richer than more than two-thirds of the world's population. Conceal your wallet, hold on to your purse, and don't flaunt your wealth by flashing your money and jewellery. Also be discreet when using hi-tech gadgets like digital cameras, laptops and iPods.

9. Dress inappropriately
Some cultures find it an offensive or even enticement, for women to wear short skirts, shorts and bathing suits and many even frown upon men wearing shorts. So ensure you pack appropriate clothing for the places you are visiting.

10. Assume everyone can speak English
Guess what? Not everyone in the world speaks English. In fact, English comes in a distant third to Mandarin which is the world's most common native language. So, no matter how loudly or how slowly you speak, you'll always be better off learning the local language.

Picture: View looking out over The Wild Coast, South Africa

What a great list! If only more travellers would follow your DONTs, wouldn't the world be a happier place? :)

Hi Lara. I couldn't agree with you more!

I've just come across your blog and I really liked it.
I'm in possession of a travel-related item that I feel someone like you might be quite interested in. Essentially, it's a quiz that's been made just for a bit of fun, and it's about adventurers and is generally just a fun thing to go with all things travel. I'd be really grateful if you could take a look at it and maybe put it up on your blog if you enjoy it, and I think it would even add some more value to your blog as a whole. It would be really helping me out if you could do this for me. You can find the quiz at http://www.tripbase.com/quiz/whichadventurer/, thanks!