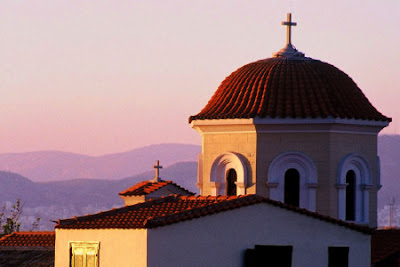 Here are my next few tips on how to take better travel photographs continued on from part 1:

Horizontal or vertical?
When it comes to travel photography most people seem to be stuck in a horizontal rut. Remember, your camera works vertically as well as horizontally. So next time turn your camera sideways and consider whether your subject would look better photographed vertically.

Look for leading lines
When framing your photograph, look out for lines that will give depth to your picture. By using the lines such as those made by a wall, a fence, a road or even a shadow you can draw the viewer's eyes through the picture towards the main area of interest. Diagonal lines are especially eye-catching.

Watch your background!
While it's important to concentrate on your subject, it's equally important to be aware of what is happening in the space around them. Make sure there are no distracting elements or that you’re not about to take a picture of someone with a pole or tree sticking out of their head!

Look behind you
I’ve mentioned this previously on this blog in my post on Tourists of reality, but sometimes the best photographs are of what has been left out of the frame. Just because you're in Paris doesn't mean the best shot is of the Eiffel Tower. Turn around and take a picture of what is behind you. You just might be pleasantly surprised with what you see.
Posted by Kim Wildman at 9:50 PM

Great tips! You're so right about editors increasingly asking for words & pics. I'm so lucky I work with husband Terry and he's a professional photographer.

I've always done both, but it's often hard to juggle my writing gear (notebook, pens, laptop, tape recorder etc) with my camera gear (lenses, filters, camera bodies etc). Still, when you have an editor that will pay extra for the pictures, it works out to be a nice little side line - especially now you no longer have to buy film and pay for processing!